We believe we are at a major inflection point for the future of the world. Being an optimist, we focus on how a more positive future can be created by what is being called Web3 and the Metaverse. And it’s large and open-ended.

Web3, coined by Ethereum co-founder Gavin Wood in 2014, represents the “read, write, and own” Web. It promises to put control of the Internet in the hands of users and builders, not just the Mega Platforms. While Web 2.0 lacks transparency, ownership (of content and data), and trust, Web3 technology offers the equivalent to Global Entry for digital citizens. If “the speed of business is the speed of trust,” then tokens and trustless systems promise to grease the gears of an Internet whose trust mechanisms have been jammed up. 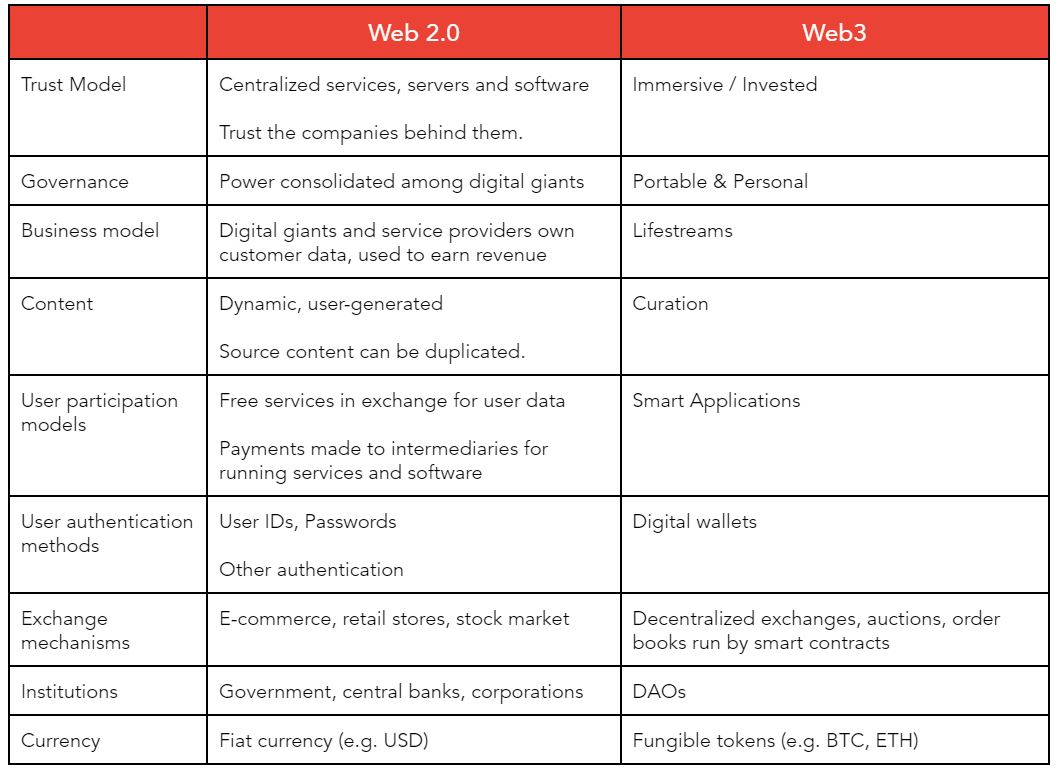 Source: Adapted from Gartner and On Deck

Why decentralize the Internet? Trust is one reason, but unlocking value and opportunity is the big idea. Today’s web accrues value to Aggregator middlemen. Tim Berners-Lee invented the HTTP protocol but saw little upside from its use. “Direct-to-consumer” companies hemorrhage their marketing dollars to Google and Instagram. Creators and musicians are at the whim of YouTube and Spotify’s algorithm and pay practices. But in Web3, value goes to the people who create, the people who consume, and the actors that maintain and improve the network.

Tokens, NFTs, and DAOs will lead to a more fairly distributed system relying on economic incentives and trustless systems instead of central authorities and third parties. NFTs, files that live on the blockchain, could be art, credentials, and currencies carried seamlessly throughout virtual spaces via a digital wallet.

DAOs revive the idea of the commune or co-op using community-led decision-making and transparent capital flows. What is effectively a caste system in Web 2.0 becomes a community-oriented network, flattening hierarchies through mechanisms like staking and voting via tokens. Participation in Web3 could lead to a new, community-powered democracy, not just crowdsourcing or crowdfunding but crowd decision-making. An economy where creators and fans—not middlemen—own the upside of their work.

With cryptocurrencies and decentralized finance, the Internet now has digitally-native, borderless money backed by code and visible to all. Trust is encoded into money. Satoshi Nakamoto’s bitcoin whitepaper that “proposed a system for electronic transactions without relying on trust” makes sense in a world where the “full faith and credit” of governments is used to rack up $60 trillion of debt and spend like a drunken sailor.

In the Metaverse—a shared digital reality or “3D Internet”—we will completely integrate our physical and virtual worlds…not in a weird, everybody-is-an-avatar, you-are-a-zombie-and-I-am-a-bunny manner, but in a seamless and natural way. 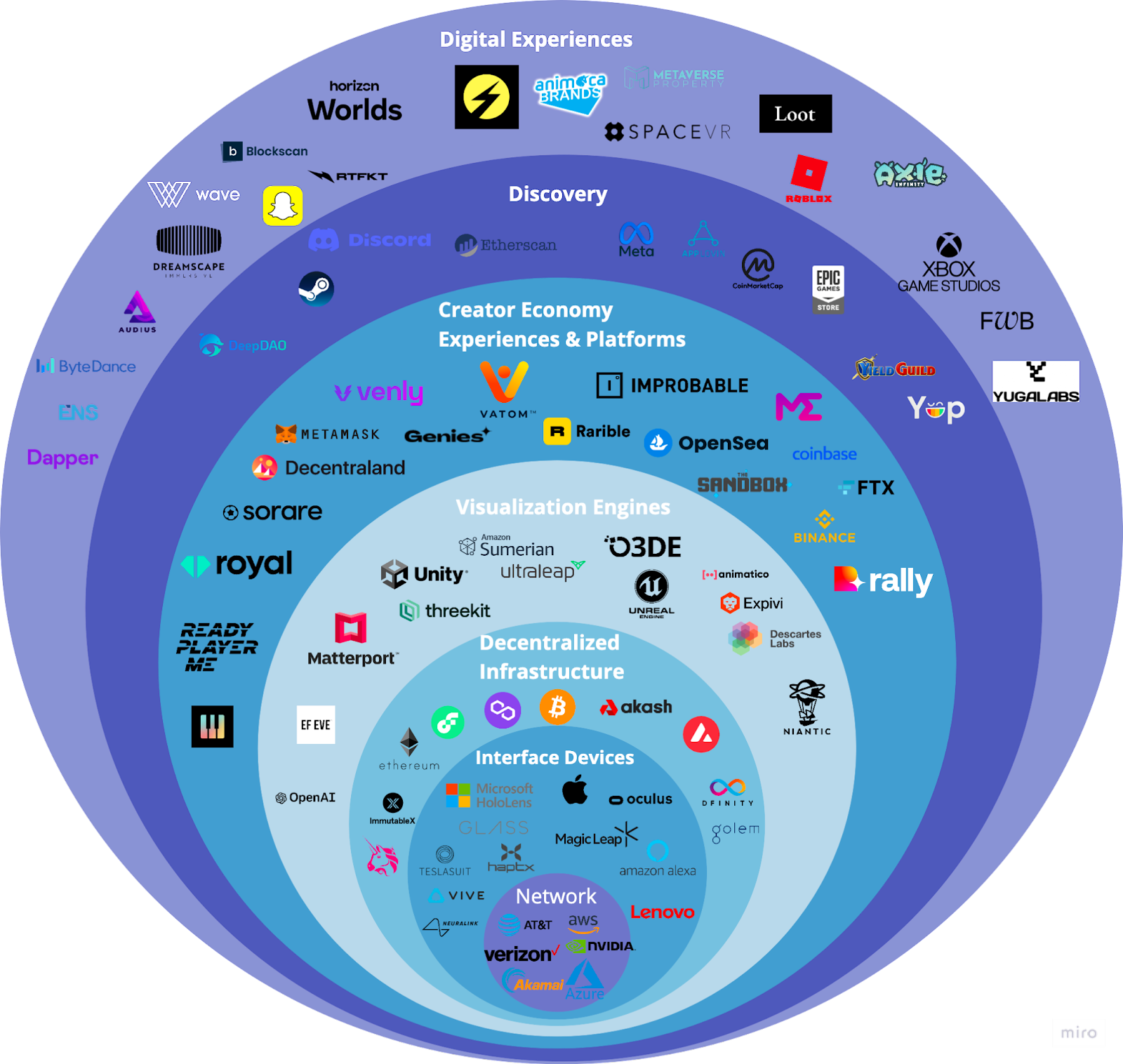 Web3 technologies and NFTs are the infrastructures stitching the back-end of the Metaverse together as connective and interoperable tissue. Immersive experiences enabled by NFTs allow for storing of scarce digital assets, from digital art and currencies to virtual items, real estate, and credentials. Fortnite, League of Legends, and Roblox generate billions from virtual outfits within their walled gardens—but what if they could be transferred from one world to another? The Internet as we know it will be replaced with virtual realities that will be shared and owned by self-sovereign users.Instead of big tech giants controlling log-ins and identities, individuals can take their digital identities with them—using wallets, soulbound tokens, or .eth domain name—toggling between virtual worlds and communities. Communities will be created around affinities and activities across the physical and digital world, bridging them in new interactive forms…you won’t need a headset necessarily to experience an evermore social Internet powered by wallets and identities, virtual social space, and digital objects.

2000 years ago, we sent smoke signals and interpreted the signs across distance. Today, we live in a world of “Infobesity” and drown in 2.5 quintillion bytes of data a day. Our sole aim in EIEIO is to help you sift the soot and provide a signal through the smoke.

What we see emerging is a very powerful next wave of the internet. The sign that that current bear market is over will likely be when we see these exciting new companies going public.